An investment in the future

At the start of last year the year-long expansion and reconstruction of the company building in Rödermark, which was erected in 1991, was completed. This investment in the future had become necessary as the existing premises were no longer sufficient for administration and construction. 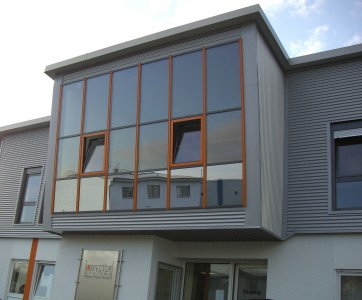 In the main the office area was extended to now 250 m2 in order to meet the increased need for space. This meant adding an additional storey to the existing building.

In addition to extending the office building, investments were also made in the production and workshop areas – the heart of the company. An ultramodern processing centre was added to the machine pool and the sanitary facilities have been extended.