Rocky grasslands, a volcanic landscape and right in the middle of it monumental stone sculptures: this is Easter Island. Around 3500 km from the coast of Chile and 4000 km from Tahiti, this is probably one of the loneliest, but also most fascinating places on Earth. 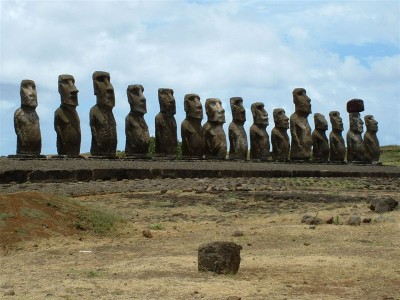 Just under 4000 people live on the island in the Pacific Ocean which politically belongs to Chile. The island is known above all for its over 800 monumental stone sculptures, known as moais. Since 1995 Easter Island has been a World Heritage Site.

In order not to endanger this unique nature and culture, precautionary inspections of an off-shore tank pipeline located in the ocean off the coast of Easter Island were carried out at Easter 2010 using the 6" – 8" ultrasonic robot jointly developed by INSPECTOR SYSTEMS and ApplusRTD. The good condition of the pipeline could be determined. Further inspections should be carried out in 2011.